There are 2 vinyl records I remember vividly from my childhood. One is the undisputed classic 'Bang on a drum again - More songs from BBC TV's Playschool', the other is 'Sgt. Pepper's Lonely Heart Club Band' by The Beatles. I loved looking at that album as much as my mum loved listening it - which was a lot.

This week marks 50 years since Sgt. Pepper was released. Let's just think about that for a moment... half a century has passed and it is still regarded by many as one of the greatest albums and album covers of all time. That is pretty amazing when you consider everything that's come since.

For me, I think it was the synergy of The Beatles + Peter Blake coming together that created something magical. And now it's iconic of everything British art and music is, and can be.

The Godfather of British Pop Art

Having been a fan of his work for literally as long as I can remember, I was a little star stuck to meet Peter Blake last year. But it was an ambition achieved, and I hoped just a little of his creativity rubbed off when we shook hands.

So, in homage to Sir Peter, godfather of British pop art, all round hero, and co-creator of a British masterpiece, here's '50 years of Sgt. Pepper' - A collage of some of my favourite British albums and album artwork from the last 5 decades. 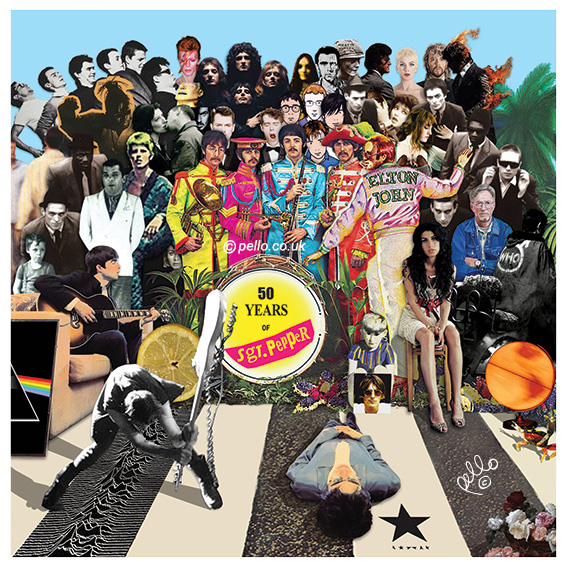 NB: Copyright for all imagery remains with the original owners/artists/record labels.

How many can you name?

I'm no stranger to an album mash up (see #AnyAlbumAdele) but this has to be my ultimate one.

I've only used the cover artwork from albums released since 1967 where there has a been a collaboration of British musicians + British artists/photographers, and where the cover is instantly recognisable. This helped me narrow down what to include, because there was never going to be enough space for every great or iconic album that has been released over the last half century.

I'd like to think that if I, like Peter Blake, am still going strong in 50 years, I could revisit this and see what albums from now and the future have reached iconic status or have earned a special place in people's hearts (it was difficult to include anything too recent as they haven't had time to become either of those things yet). But in the meantime, enjoy revisiting some of the albums that have soundtracked our lives up to now, and the artwork that has accompanied them.

Check out all the original cover artists by revealing the full album list below, and make sure you give the playlist a spin.

Click below to hear a Spotify playlist of the first track from each album included in the '50 years of Sgt. Pepper' collage: 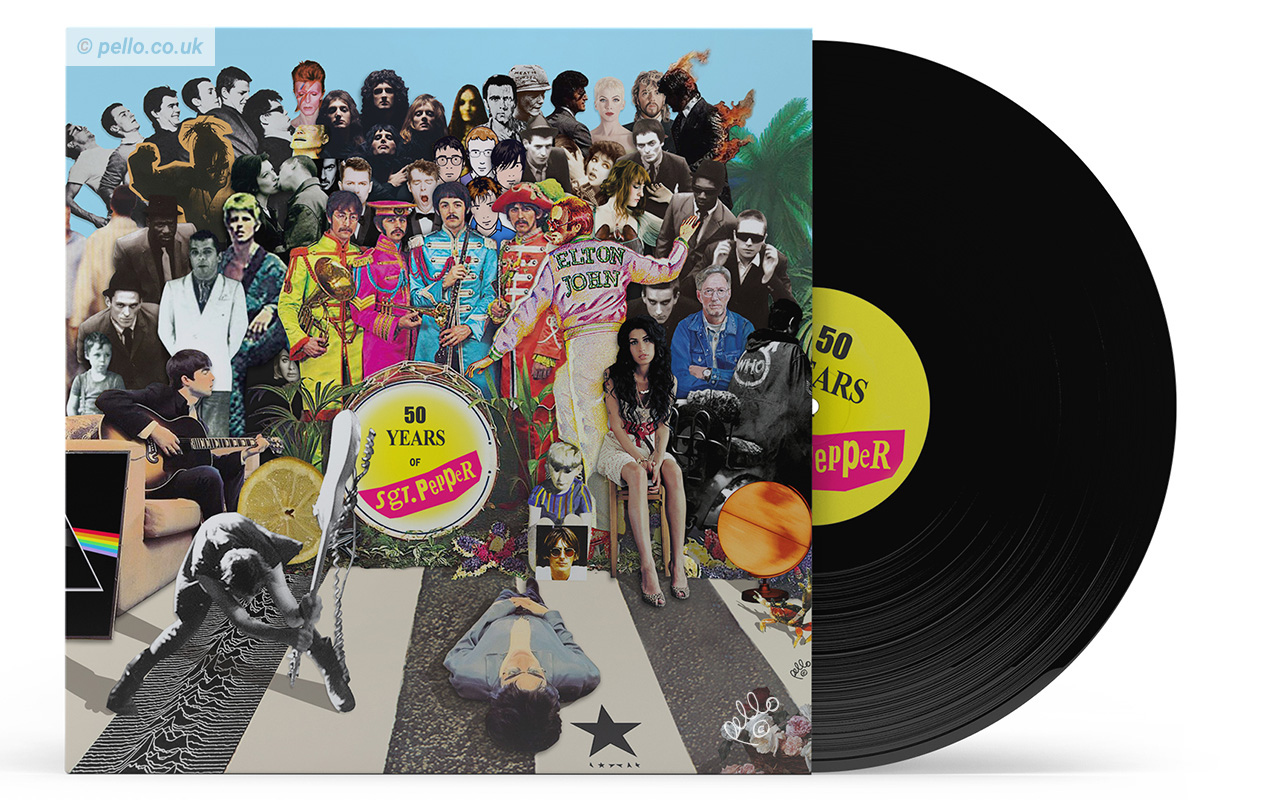 How many did you get?

Disclaimer: Some albums obviously had a few people working on them doing different things artistically, but my research into British artists/photographers led me to the people listed, so I apologise if I haven't name-checked anyone who was instrumental in the creation of any of the album artwork. 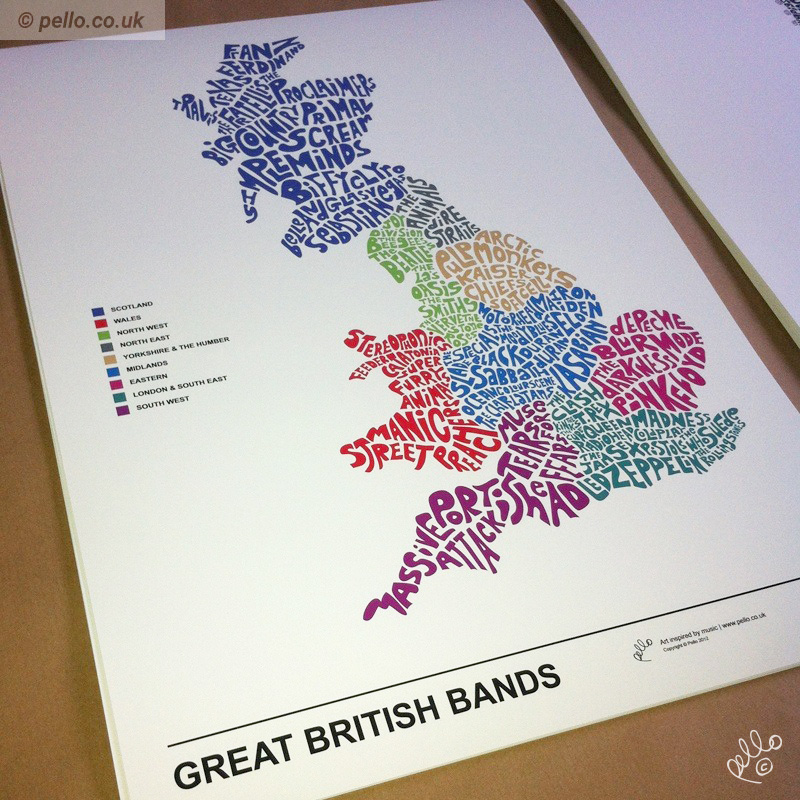 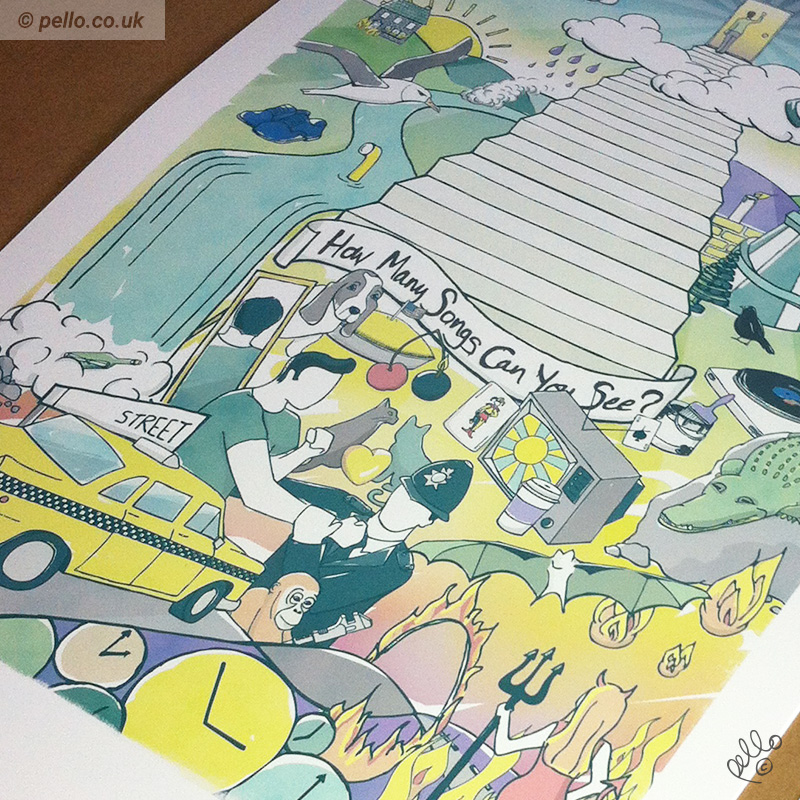 How many songs can you see? 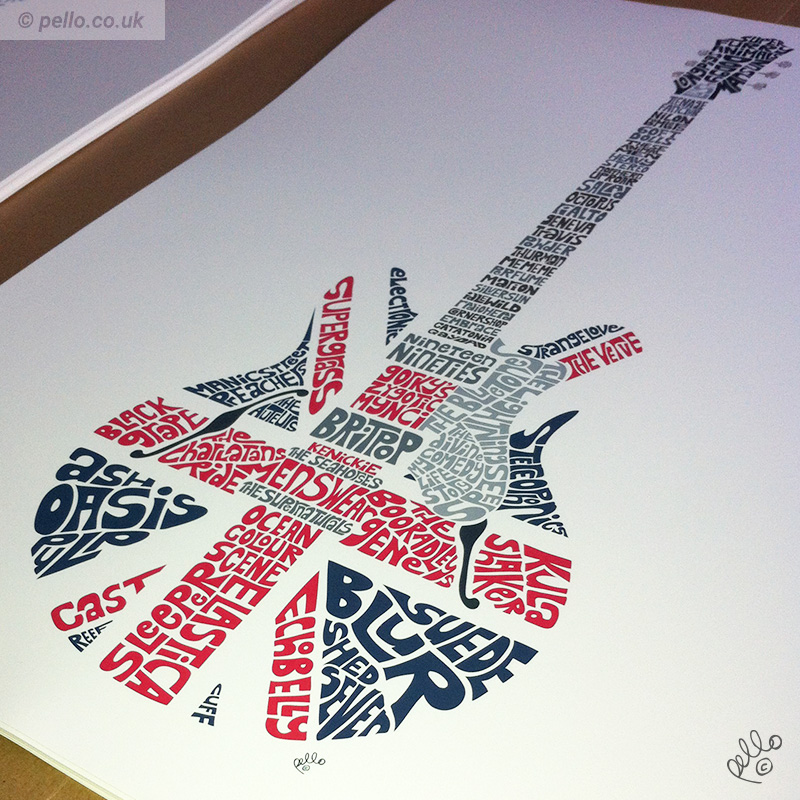